Dice Control is the only way to beat Craps in the long run. Learn to control perfect dice on casino craps tables. 2.38%-9.5% craps player's  advantage over the house. Guaranteed long-run win. Application of Dice Control to the game of Craps makes Craps a game of skill. 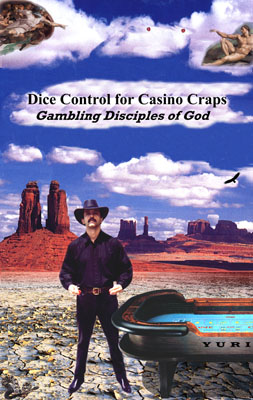 FIRST BOOK IN THE HISTORY OF CRAPS, MAN AND WORLD that teaches you how to control the perfect dice on casino craps tables. When you control the dice you change the odds in favor of a player. You become a guaranteed winner in a long run. The game of Craps becomes a game of skill.

All previous craps books offered only useless and worthless systems. All systems and "strategies" are mathematical losers, because they are different combinations of losing bets, carrying the percentages against a player. Every Craps bet is a losing bet, because it has a built-in percentage against a player (it comes from the difference between the correct odds and the payoff ratios). To get a winning result in a long-run from a combination of losing bets is as impossible as to get a positive sum by adding negative numbers - no matter what the combinations you'll  juggle the negative numbers into, a sum will still be a negative number. A player playing any craps system is a guaranteed long-run loser due to the House percentage against him.

The main argument of the craps system authors is - you can come out a winner in a playing session, if you'll play a "good" system and exercise smart money management (and if you'll get "lucky"- to get "lucky" means to catch "hot streaks", which are nothing but the favorable fluctuations in the dice total frequencies, before the House percentage kills your bankroll); "take the money and run"! Sometimes it happens - most of the time it doesn't, because "hot" rolls are rare and the House percentage works against a player from the first moment till the last one in every playing session. The House percentage guarantees that every session you won is followed by many sessions you lost. That's why the system authors never say anything about what to do next after that winning session. Should you stay away from the game for the rest of your life in order to keep your few bucks? Because if you'll come back for another session and another one and so on, you'll be in a long-run gambling, where the House percentage rules with an iron hand eroding gambler's bankroll with the certainty of DEATH and TAXES. It makes sure that at the end all system players -"right" and "wrong" ones - die broke.

Application of Dice Control to Craps combining Controlled Throw, Correct Dice Arrangements and Correct Betting reverses the present scenario and gives a player a percentage against the House. It makes the House a guaranteed long-run loser. Our book will give you the edge in Your real money craps playing, be it playing online or in land based casinos.

Craps "Artist" versus a Craps " Shooter"

Dice Control as a science and an art

The book is written for beginners and experienced players. This fundamental 161 pages work includes 29 Chapters, 54 Photographs, 31 Drawings, 24 Tables and one Diagram.

Click  CONTENTS to read TABLE of   CONTENTS. Click  DIAGRAM to see the schematic presentation of  DICE CONTROL THEORY and  APPLICATION. Click  ORDER to order THE BOOK. 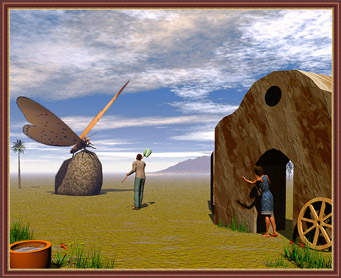